To share your memory on the wall of Ross Garfinkel, sign in using one of the following options:

Receive notifications about information and event scheduling for Ross

Donations are being accepted for:
The ARK The Charity of Your Choice

We encourage you to share your most beloved memories of Ross here, so that the family and other loved ones can always see it. You can upload cherished photographs, or share your favorite stories, and can even comment on those shared by others.

Posted Nov 08, 2020 at 10:49pm
Ross was a great cohort member and taught us all much. He will be missed by those of us honored to have been in class with him, students and professors alike. May his memory be a blessing.
Comment Share
Share via:
SB

Posted Oct 25, 2020 at 09:36pm
Glenn, Donna, Marni and family. Sending our deepest condolences, thoughts and prayers to you all for your unfathomable loss. Sel Bayhack and family.
Comment Share
Share via:
M

Posted Oct 25, 2020 at 04:42pm
Our deepest condolences and prayers are with you and your entire family. So sorry for your terrible loss.
Marla & Gary Silverman & family
Comment Share
Share via:
BC

Posted Oct 25, 2020 at 02:52pm
Glenn, Donna, and Marni, I am heartbroken over your loss and sending deepest condolences and love to you at this time. May his memory be a blessing to you and everyone who had the privilege to know him. Thinking of you, Bruce Chanen (New York, NY)
Comment Share
Share via:
JS

Posted Oct 25, 2020 at 02:49pm
Dear Donna,Glenn, Marni,Bobbie,
What an amazing, accomplished and devoted son, brother and friend your dear Ross was. His memory lives on and on. His best buddy spoke from the heart for all who knew and loved him. May their love and your memories comfort and sustain you.
Love, Jack and Sheila 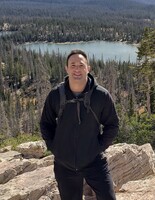 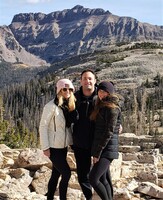 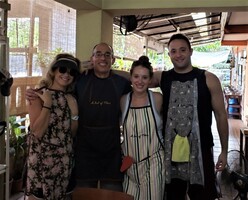 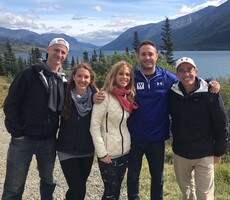